On July 26, 2021, dealer-to-dealer swaps markets officially moved to a SOFR-first posture in the U.S. In August we examined the initial market impact, and we’re returning to the topic to demonstrate how institutional client engagement has progressed.

SOFR trading on Tradeweb as a percentage of new risk hit a new record in September of 8.1% over the month.

In addition, the spreads between the average composite bid-offer in SOFR compared to LIBOR tightened in early August, and have remained so across tenors on Tradeweb: 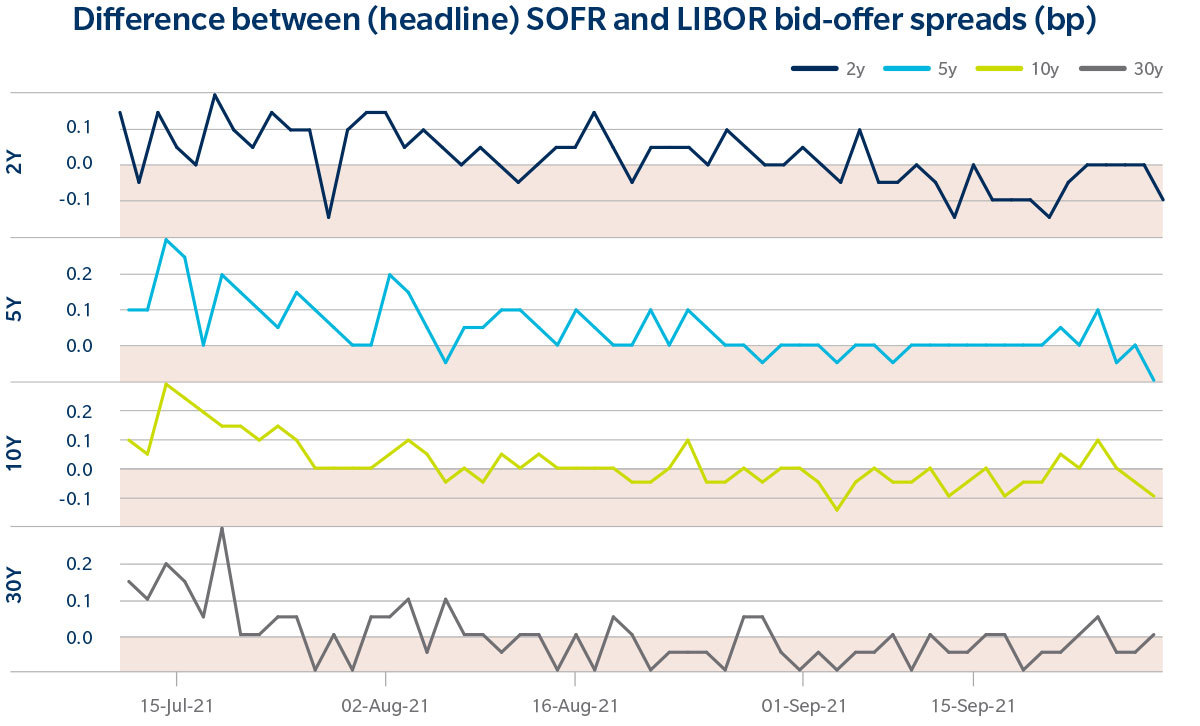 So far, across our business, almost two-thirds of our most active clients have already traded SOFR. Again, while institutional clients are not part of the first recommended phase, their interest and growing activity is encouraging – including in the broader context of other global markets that have moved towards new RFRs and away from IBOR instruments.

As an early indication of adoption, here’s how USD SOFR adoption has changed month over month:

To give a sense of what might be yet to come, this link takes you to our new RFR Resource Page, where you can track the progress of the industry transition away from IBOR in U.S., UK, Swiss, and Japanese markets. In each geography, our list trading functionality is being used daily by clients globally to convert existing IBOR swaps into the new RFRs.

In July we announced that Tradeweb had facilitated the first SOFR swap spread trade between BlackRock and J.P. Morgan. Last week real estate lending company Walker & Dunlop launched a $600 million leveraged loan deal lead by J.P. Morgan, while the Federal Reserve gave a substantive update on the move away from LIBOR in this speech. Significant change is afoot, and we’re focused on allowing clients of every sort to ensure they’re in a position to benefit.