The Election and U.S. Treasuries: It’s About Context

U.S. presidential elections decide who sets the country’s policy agenda for four years, but the actions of an administration can reverberate for decades. The contrast in candidates and their platforms can be stark, creating uncertainty that financial markets respond to, some products more profoundly than others.

For a monolithic market like U.S. Treasuries, the upcoming presidential election, on November 3rd, could prove little more than a temporary distraction, despite its gravity on the American psyche.

As we’ve seen in the 20+ years that Tradeweb has been facilitating Treasury trades, U.S. presidential elections create short periods of increased realized volatility, particularly as volumes tend to lighten immediately prior to the election.

But those dynamics quickly fade once the election is over, and macroeconomic trends, especially the persistent decline of long-term rates, soon reassert themselves on market behavior. Without exception, over the past 20 years the yield on the long bond has been lower on every presidential Election Day than it was four years earlier, underscoring that point. 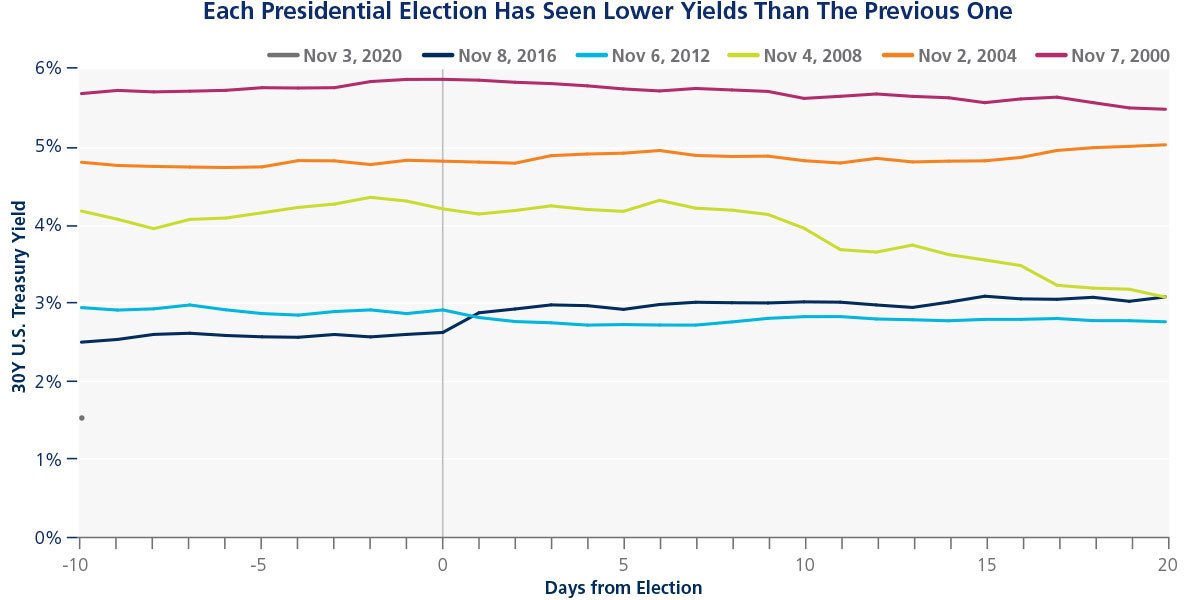 The 2000[1] and 2008[2] elections are good examples of the backdrop of a major underlying economic disruption. Market volatility then had more to do with the bursting of the dot-com bubble (2000) and the global financial crisis (2008) than with a contested election outcome in 2000 or a change of president and his political party, which happened in both years.

In 2004, when Americans reelected incumbent George W. Bush and the leading party in both chambers of Congress held onto its majority[3], volatility was subdued. Yields, however, kept rising while the Fed was actively raising its target rate, as they did in 2016[4] during the last Fed tightening cycle. 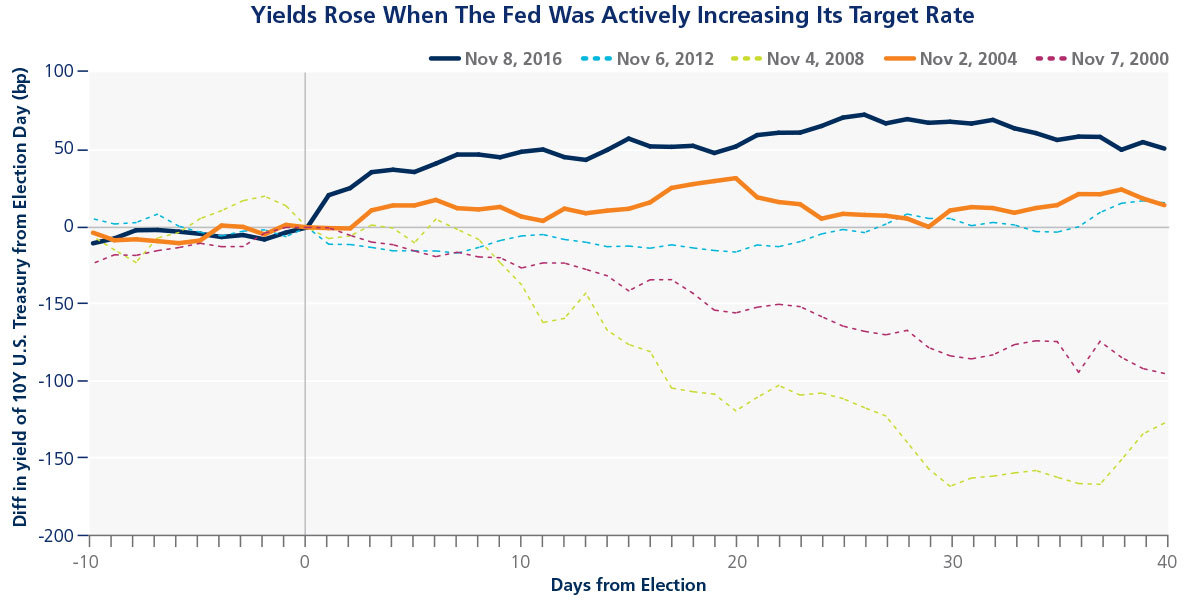 Interestingly, when the House and Senate sat in opposing majority parties in 2012[5], volatility was particularly muted. This despite the lingering effects of the massive disruption caused by Hurricane Sandy, which hit the East Coast of the U.S. a week before the election. However, this also coincided with the Fed holding rate policy near zero for the foreseeable future. 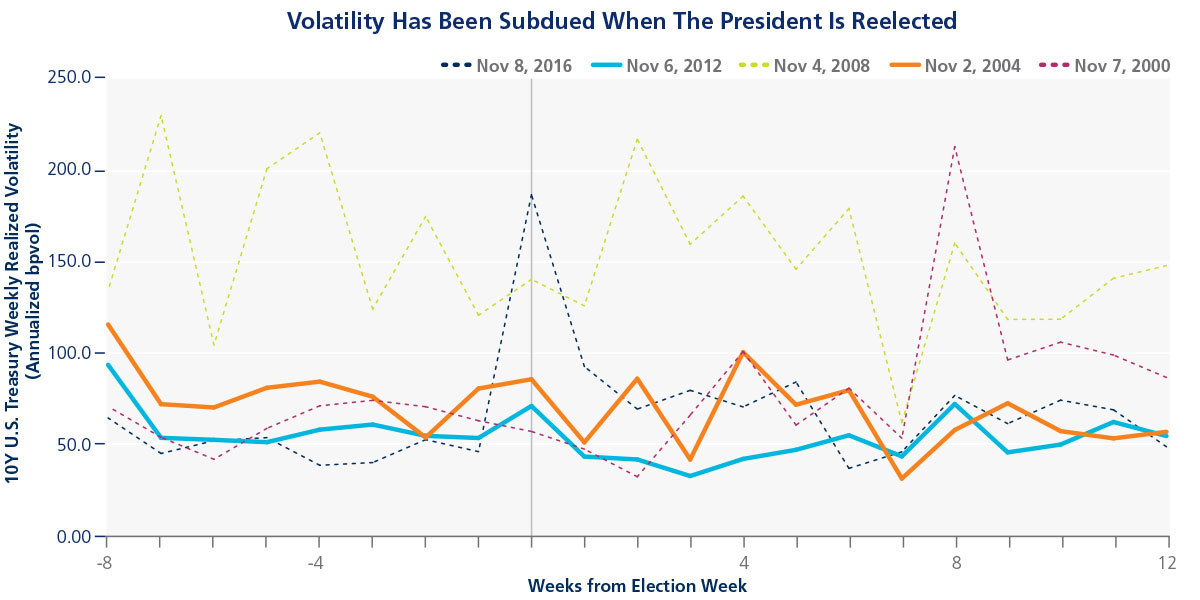 Without a hawkish Fed policy to influence them, Treasuries have tended to trade higher (lower yields) the first month following an election, regardless of the election’s outcome. Then as year-end nears, other non-election factors tend to take over.

Since Tradeweb facilitated its first trade in 1998, each incumbent has won reelection. Since 1992, every time the presidency changed parties, the corresponding party won majorities in the legislative branch too.[6] That would suggest that an active period of legislative action - and a change in government spending habits - could follow a change in the presidency.

If that were to happen this year, many expect a large covid-related stimulus package to pass. With that would most likely be more Treasury issuance to finance such a package. Nonetheless, as we saw in 2008, increased issuance does not mean higher yields.

With Treasury issuance for the year already shattering previous annual records, Tradeweb recently analyzed how this new issuance affects trading across the maturity curve. You can read more about our findings here.

Back to the Future: The New (Old) 20Y Nominal Securities and how the market evolved

This is sales and trading commentary, not official research. Not intended as investment advice.