Yields on U.S. Treasuries fell as the Fed concluded its two-day meeting where it left interest rates unchanged but indicated the case for a rate hike later in the year “strengthened,” according to Tradeweb data.

Following the release of its decision, bid yields on the 2-, 10-, and 30-year Treasuries continued to fluctuate.

Meanwhile, the Bank of Japan announced a shift in its monetary policy towards a target for 10-year interest rates at zero percent, and said it would change its bond buying in order to achieve that.

Following this, yields on the 2- and 10-year bonds increased, but were still negative.

Included below are numbers based on indicative, real-time data from Tradeweb as of 3:08 PM ET. 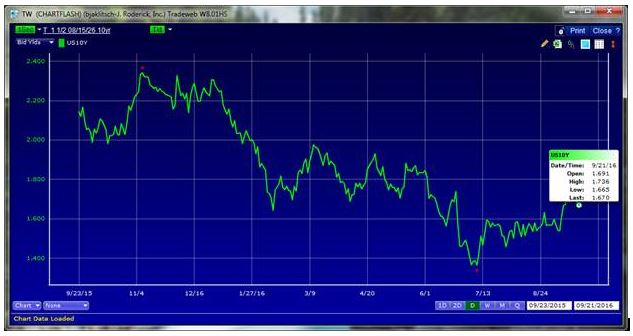 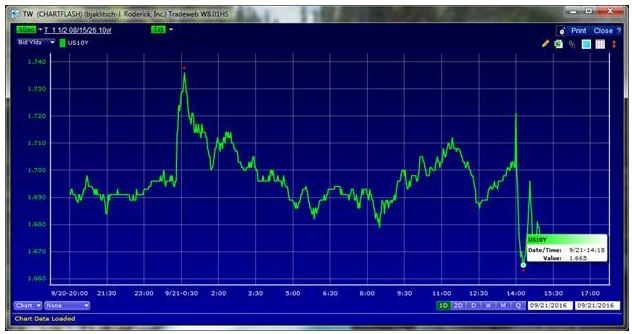 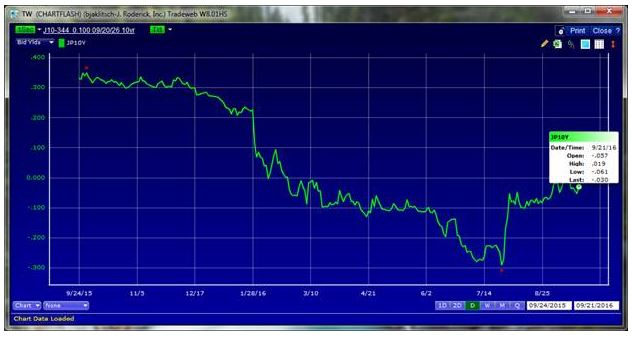