Yields on the 10-Year US Treasury benchmark fell today, following weaker than expected PMI and New Home Sales data, according to Tradeweb.

The move was preceded by the final reading of Markit’s Purchasing Manger’s Index, which showed that PMI declined to 55.4 in April, and single-family home sales data, which fell 14.5% to the lowest levels since July of 2013.

The following data snapshots are based on indicative, real-time data from Tradeweb. 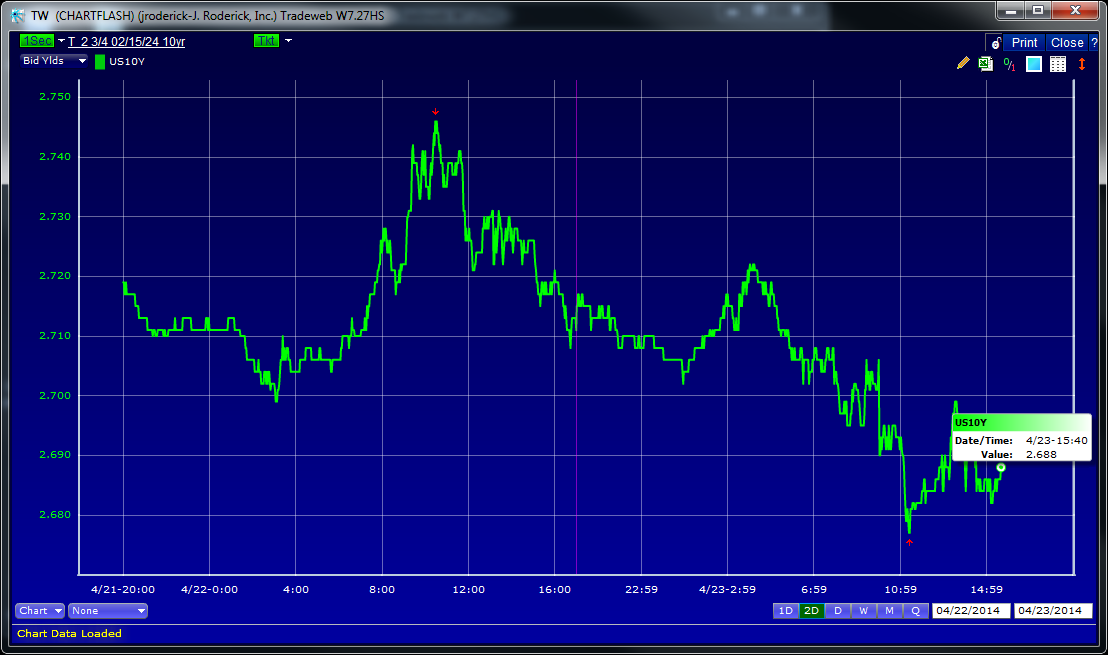 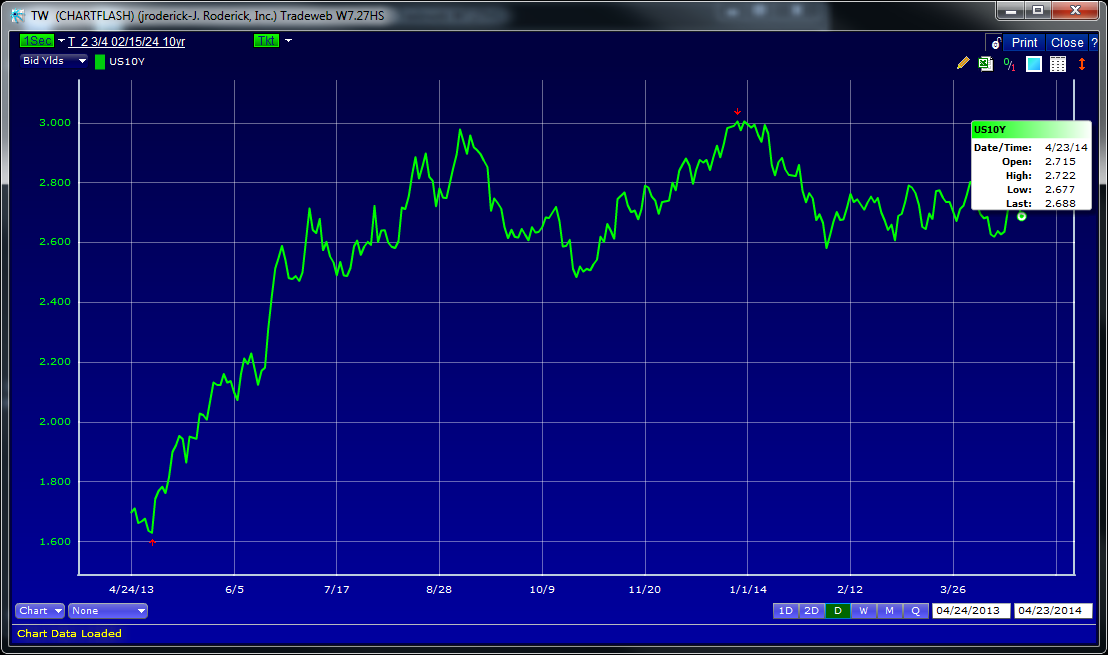