After months of speculation, European Central Bank (ECB) president Mario Draghi said yesterday that the bank’s policy makers were “comfortable with acting” as early as next month to fight low inflation. In his speech following the meeting of the ECB’s general council, Mr Draghi dropped his clearest hint yet that negative interest rates could be on the way. Eurozone inflation, currently at 0.7%, is well below the ECB target of just under 2%.

At market close yesterday, European benchmark government bond mid-yields reached levels that constituted record lows for the region’s peripheral countries. Italian and Spanish ten-year bond mid-yields, for example, closed at euro-era lows of 2.93% and 2.89% respectively. It was the same for Ireland (2.67%), while Portugal’s ten-year bond mid-yield dropped to 3.45%, its lowest value since January 2006, according to Tradeweb data. 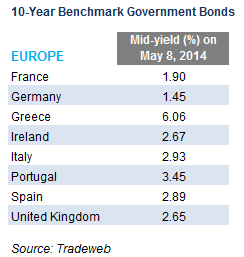 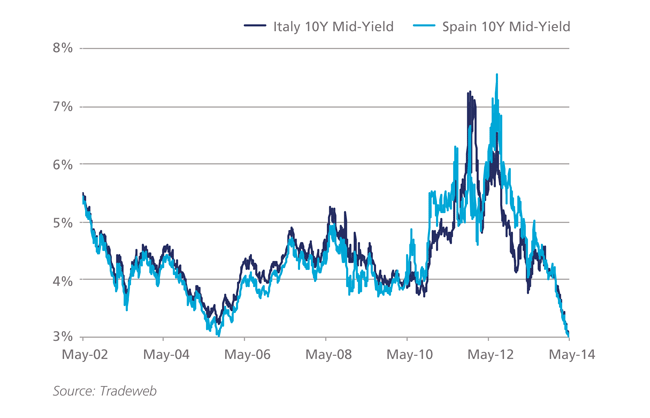