Consumer prices fell by 0.3% year on year in April, Japan’s Statistics Bureau reported on May 27. This was the second consecutive decline following a 0.1% drop in March. Meanwhile, the seasonally adjusted jobless rate remained unchanged at 3.2%.

Japan’s GDP expanded by an annualised 1.9% in the first three months of 2016, according to a revised estimate published by the Cabinet Office. On a quarterly basis, the economy advanced by 0.5%, compared to an initial estimate of 0.4%.

Yields on longer-dated Japanese government debt declined further in May with the exception of the 40-year note, which ended the month nearly one basis point higher at 0.37%. Conversely, mid-yields on 20- and 30-year benchmark notes fell to their historical lows on May 6, closing at 0.23% and 0.27% respectively. The 10-year JGB mid-yield dropped almost four basis points since April month end to close at -0.12% on May 31. 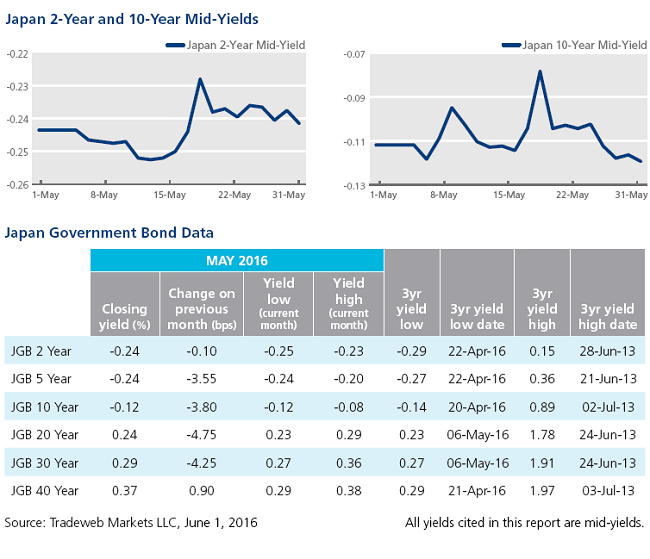