he following data is derived from trading activity on the Tradeweb European-listed ETF platform from 1 April to 30 June 2014.

Volume in equity-based ETFs stayed flat at 65 per cent in the second quarter of 2014, according to data derived from trading activity on Tradeweb. However, the previous quarter’s strong selling trend was reversed and “sells” in the asset class dropped by 9 percentage points to 27 per cent. In contrast, “buys” went up to 38 per cent (as a proportion of the overall traded volume) from last quarter’s 29 per cent. Overall trading activity in fixed income and commodity-based ETFs also remained unchanged at 29 and 6 per cent respectively. 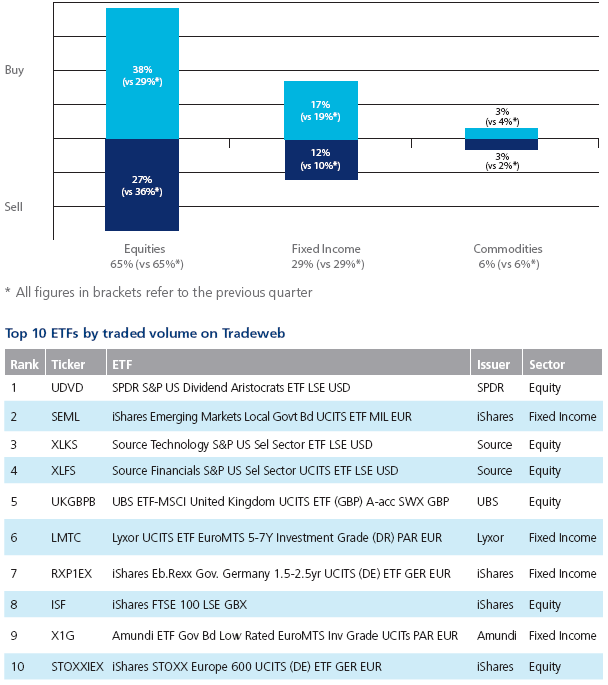