It was an eventful month in Europe as continuing political uncertainty in Italy and the unpopular terms of a bailout deal for Cyprus caused renewed turmoil in European bond markets.

The iTraxx Europe index tightened early on in March, but the rally was steadily eroded throughout the rest of the month. Spikes coincided with increasing concern over proposed levies on savings in Cypriot banks (March 19) and unsettling comments from Dijsselbloem(March 27). The widening throughout the latter half of the month was unsurprisingly led by banks, which came under the spotlight again - especially in periphery countries - as a result of the final structure of the Cyprus bank bail-out plan.

Similar patterns were seen in European cash credit markets, in which there was strong net selling in financials, and a “flight to safety” that was reflected in better buying of utilities. 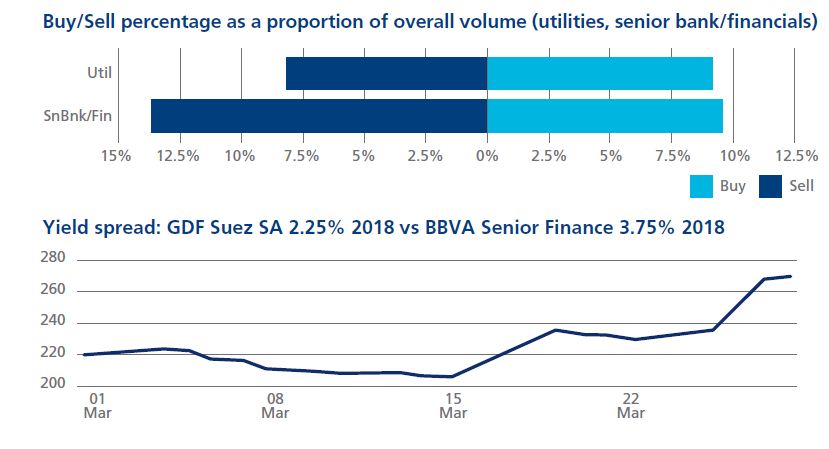