In contrast, yields on European peripheral debt rose during the month, with Greek bonds suffering the most. The government’s early bailout exit plans and a poll giving anti-austerity party Syriza a lead over ruling New Democracy added to investor fears. The change in Greece’s 10-year government bond mid-yield of 2.5 percentage points from 6.29% on October 3 to 8.79% on October 16 was the largest swing in a single month since May 2013, when a drop of 2.85 percentage points occurred between the 1st and 22nd of that month.

Central bank policy diverged further in October. In Europe, the Bank of England maintained interest rates and asset purchases at their record-low levels; Sweden’s Riksbank cut its main interest rate to zero; and the European Central Bank began its covered bond buying program. Across the Atlantic, the U.S. Federal Reserve ended its third round of quantitative easing as expected. Sweden’s 10-year bond mid-yield plunged 31 basis points to 1.18% over the month, while its UK and U.S. counterparts both touched 16-month lows on October 15 – at 1.98% and 2.09% respectively – before climbing to end the month at 2.25% and 2.33%. In a surprise move, the Bank of Japan announced on October 31 its intention to expand its asset purchasing scheme from between ¥60 and ¥70 trillion a year to ¥80 trillion. The mid-yield on the Japanese 10-year government bond dropped to an intraday low of 0.44% that day, before closing two basis points higher at 0.46%. 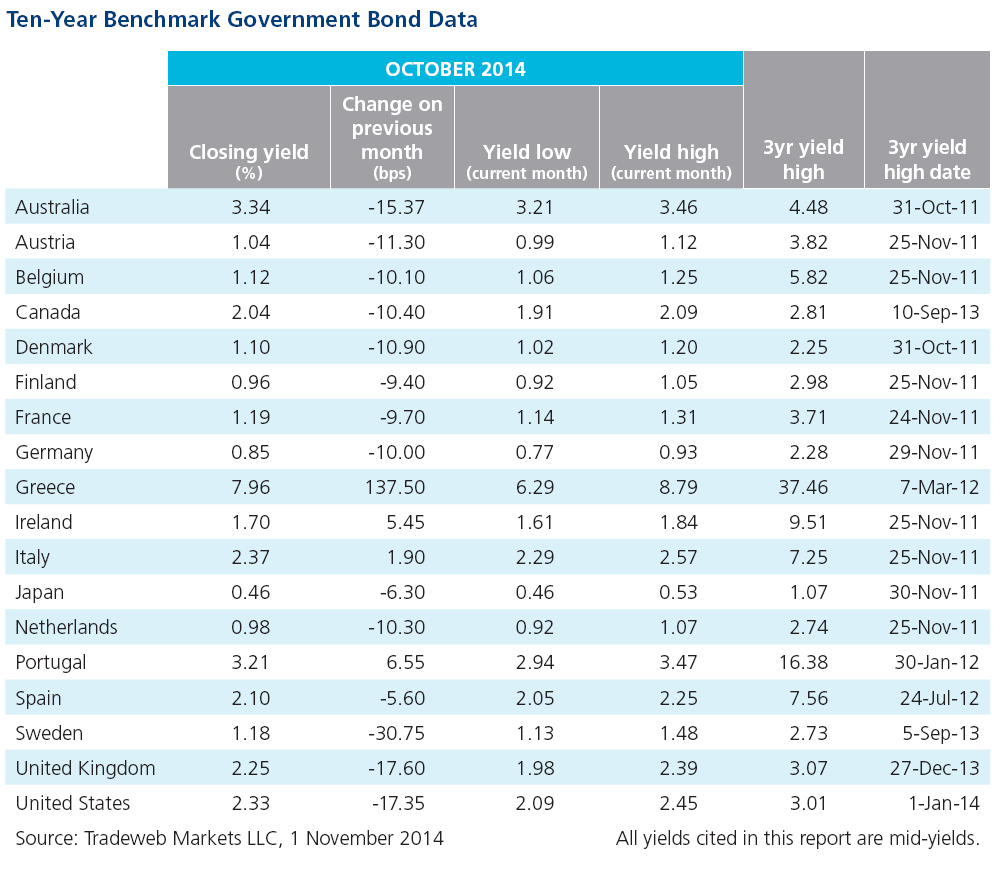