In the three months since the June 19th Federal Reserve Open Market Committee meeting (FOMC) in which Chairman Bernanke introduced the possibility of “tapering” QE3, the yield on the 10-year U.S. Treasury benchmark increased 71 basis points. During that time, the 10-year increased by a greater amount than during the entire previous interest rate tightening cycle between June of 2004 and June of 2006.

The next FOMC meeting is underway right now and will wrap at 2:00 PM tomorrow (September 18, 2013). 66% of economist surveyed by The Wall Street Journal expect that the Fed will announce then that it will begin cutting back its bond purchases at that time.

How will markets react? For some historical perspective on the matter, we’ve tracked the behavior of 10-year yields for the three month[1] periods following each of the last FOMC meetings throughout 2013. See charts below. 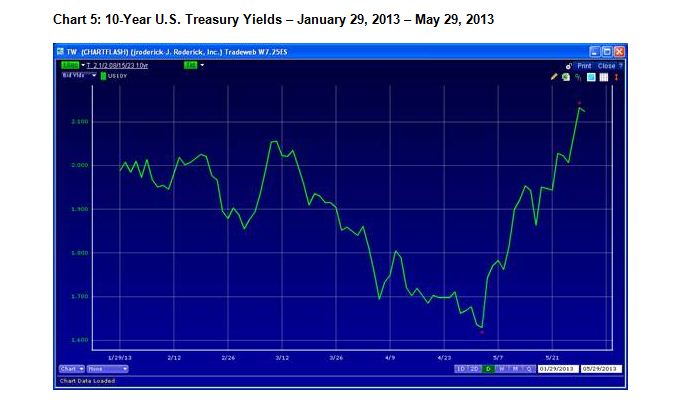