Government bond yields in the U.S. and Europe climbed significantly in the month of June. The global sell-off immediately followed a U.S. Federal Reserve policy meeting in which Chairman Ben Bernanke hinted at a possible reduction in the agency’s monthly bond purchases starting as soon as this year. Treasury yields climbed 32 basis points in June, with the yield on the 10 year note rising from 2.13% on June 3 to close the month at 2.48% after hitting a 22 month high of 2.59% on June 25. Yields on the German benchmark bund increased 25 bps in the month, reaching a high of 1.82% on June 24 before closing the month at 1.73%.

In Asia, yields stabilized on the 10-year Japanese government bond after it experienced significant volatility in May. The 10-year Japanese benchmark bond closed the month of June at 0.84% after climbing 34 bps between May 2 and May 29. The bond’s current yield remains 39 bps higher than the 2013 lows, which were hit on April 4.

Yields were also volatile throughout the peripheral Eurozone with the Spanish 10-year bond hitting a 2-month high of 5.03% on June 24 before settling to 4.74% by month’s end. 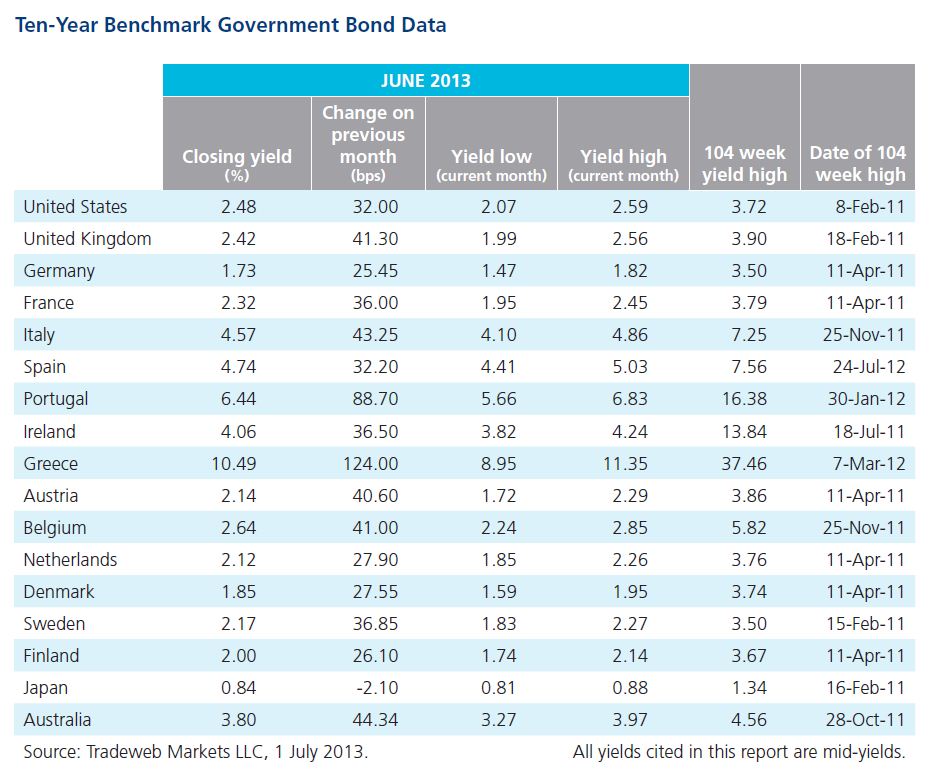