Yesterday’s Thanksgiving festivities were followed by the news this morning that the Netherlands had its AAA credit rating cut by Standard & Poor’s. The main reason behind the country’s new lower rating of AA+ was weakening growth prospects due to fiscal consolidation, high household debt, falling asset prices and highly leveraged banks.

Despite expressing his disappointment about the downgrade, Dutch finance minister, Jeroen Dijsselbloem, stated that he was taking it seriously and that the country would push ahead with economic reforms to improve its growth figures.

France suffered a similar fate on November 8, when its S&P credit rating was lowered from AA+ to AA, two years after losing its AAA status. Germany, Finland and Luxembourg are now the only eurozone countries retaining S&P’s top rating.

Today was not all bad news though. Spain’s economic outlook was raised from negative to stable by S&P, while its long-term sovereign credit rating was re-affirmed as BBB-. Cyprus also saw its S&P credit rating raised from CCC+/C to B-/B on receding risks to the country’s austerity and debt service program. Its outlook remained stable. 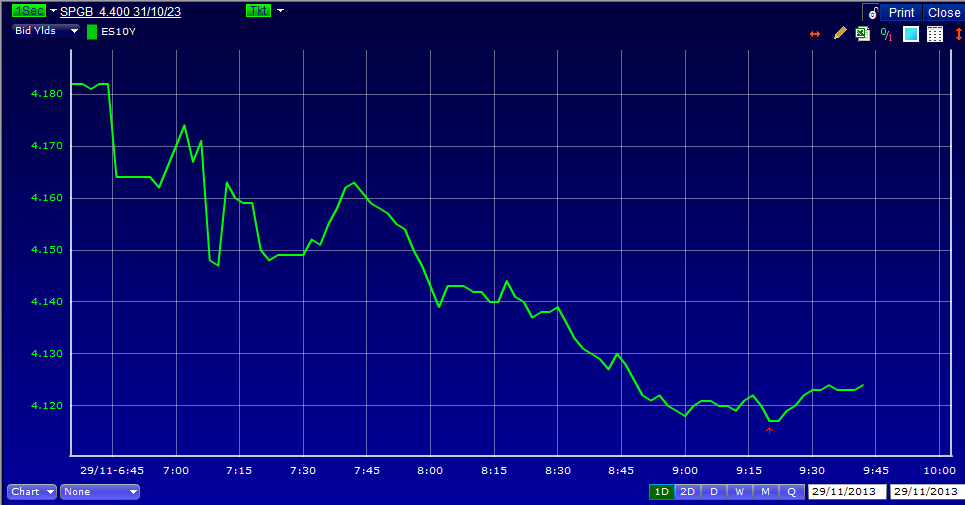