The drop came on the back of Portugal’s successful sale of €3.25bn five-year bonds on January 9, and Standard & Poor’s announcement last Friday that it had removed the country from CreditWatch. On the same day, Moody’s upgraded Ireland’s debt from junk status to investment grade. The positive news was followed by a 20 basis points drop in Irish ten-year mid-yields, which closed yesterday at their lowest level (3.239%) since October 12, 2005. 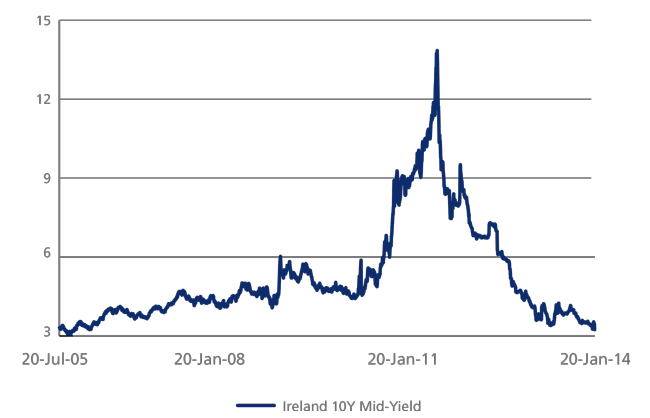 Ireland’s successful bailout exit in December seems to be influencing investor sentiment towards Portugal ahead of May 17, when the country is expected to leave its own bailout programme.