In its latest economic outlook released today, the Organisation for Economic Co-operation and Development (OECD) has revised down global growth forecasts for 2013 and 2014 to 2.7 and 3.6 per cent respectively, almost half a percentage down from its 3.1 and 4 per cent projections back in May.

In contrast, UK growth estimates were revised upwards from 0.8 to 1.4 per cent this year, and from 1.5 to 2.4 per cent next year. This follows last week’s upgrade of UK’s growth and unemployment forecasts for 2013 by the Bank of England, which, for some analysts, could signal an earlier-than-expected increase in interest rates.

The OECD has attributed its global growth forecasts downgrade largely to “weaker prospects in many emerging market economies”, but also to two other events that “unsettled confidence and market stability”. These include the surprisingly strong reaction to early summer discussion regarding the tapering of asset purchases by the Fed, and the US government shutdown in October.

Today was also the release date of the ZEW (Zentrum für Europäische Wirtschaftsforschung) Indicator of Economic Sentiment for Germany, which this month has increased by 1.8 points. The indicator now stands at 54.6 points, its highest level since October 2009.

The assessment of the current economic situation for Germany has, however, slightly worsened, and the respective indicator fell by 1 point to 28.7. 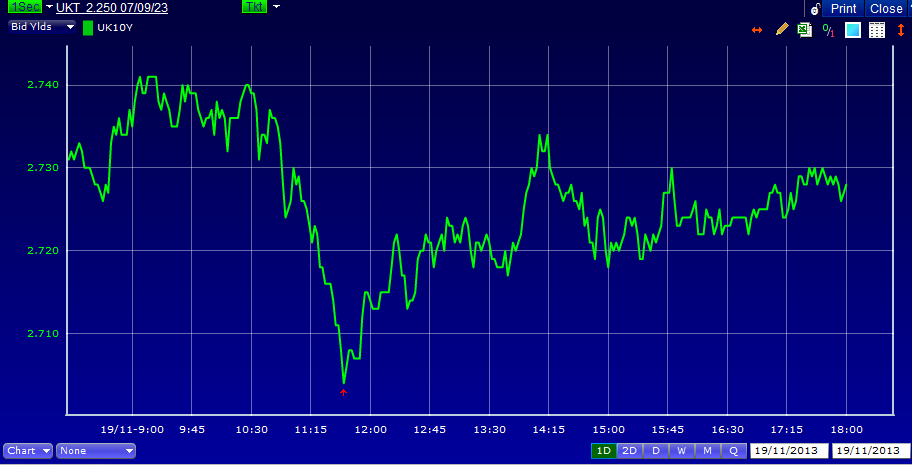 Germany: 10-year benchmark bond bid-yields have been steadily rising throughout the day peaking at 1.722 per cent at 15:48 (GMT), up 3.6 basis points from this morning. 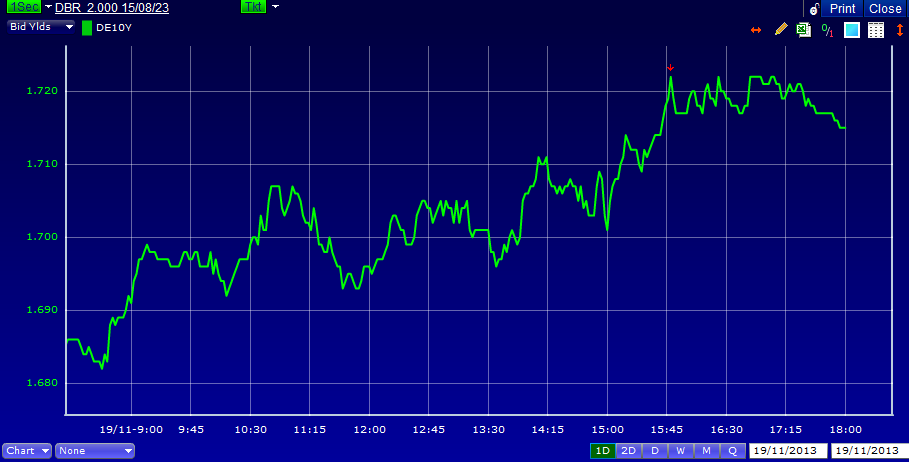