Yields on 10-year government bonds fell in the Germany, the U.K., and Japan but increased in the U.S., according to Tradeweb data.

The yield on the 10-year U.K. Gilt is hovering near its record low reached on August 12.

At the same time, the spread between the U.S. and U.K. 10-years continued to tighten and is within 5 basis points of its narrowest point since 2000.

Included below are data snapshots taken at 3:40 PM ET.

The information is based on indicative, real-time data from Tradeweb. 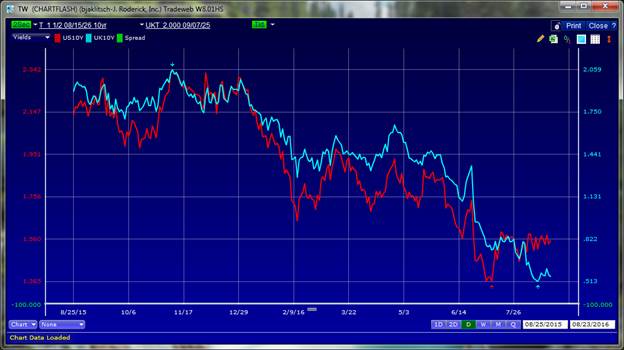