July started with the release of the Tankan survey by the Bank of Japan. The business sentiment report showed improved confidence among large manufacturers and service companies during the second quarter of 2015. Later in the month, the central bank announced it had downgraded its economic growth forecast for the current fiscal year from 2% to 1.7%. The BoJ also trimmed its inflation forecast from 0.8% to 0.7%.

Meanwhile, the International Monetary Fund predicted that Japan’s real GDP would increase at an annual rate of 0.8% this year, in its latest assessment of the country published on July 23. The IMF warned, however, that “further high-impact structural reforms are urgently needed to lift growth, facilitate fiscal consolidation, and unburden monetary policy.” 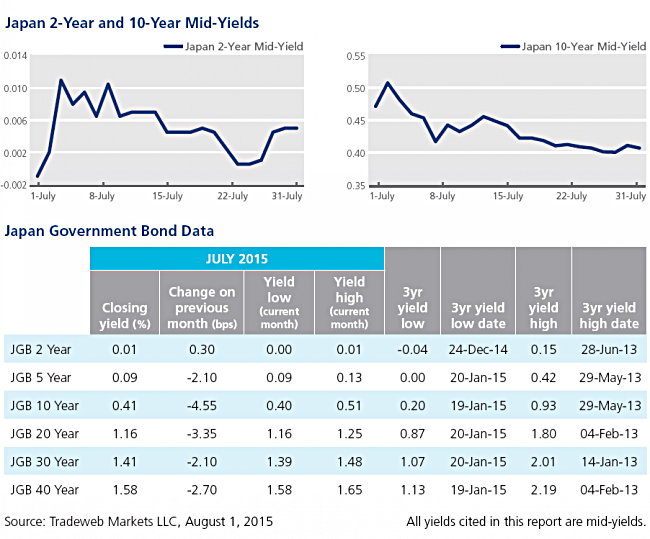