Japan’s GDP shrank by an annualised 1.1% in the last three months of 2015, according to a revised estimate published by the Cabinet Office. On a quarterly basis, the economy contracted 0.3% due to weaker private consumption and housing investment.

In January, consumer prices remained unchanged from a year ago following a 0.2% growth in the previous month, the Statistics Bureau reported on February 26. Month on month, Japan’s inflation rate was recorded at -0.4% compared to -0.1% in December. Meanwhile, the seasonally adjusted unemployment rate dropped to 3.2%, down from 3.3% the month before.

On February 16, the Bank of Japan started to apply a -0.1% rate to current accounts held by financial institutions at the central bank. A day later, the unsecured overnight call rate went negative for the first time since 2004. The JGB yield curve extended further into negative territory throughout February. The mid-yield on the 10-year benchmark note dropped below zero (-0.01%) for the first time ever on February 9, and closed the month even lower at -0.06%. 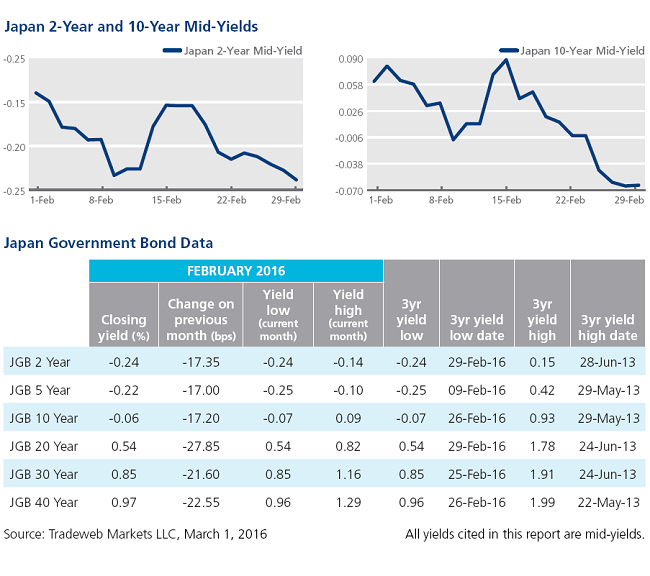