Revised GDP figures released on December 8 showed that Japan’s economy had expanded at an annual rate of 1% in the third quarter of 2015. Quarter on quarter, the country’s GDP advanced 0.3%.

Business confidence among big manufacturers held steady in the three months to December, according to the Bank of Japan’s quarterly Tankan survey, whose headline index stayed unchanged at 12. The survey also found that firms expect the index to fall in March amid concerns over the global economic outlook.

Meanwhile, the BoJ expanded the range of assets within its stimulus programme to include longer-term government bonds. JGBs rallied during the month, with the 10-year bond mid-yield closing at 0.266% on December 29, its lowest level since January 27, 2015. Mid-yields on 30- and 40-year debt ended the month lower by nearly 11 and 14 basis points respectively. 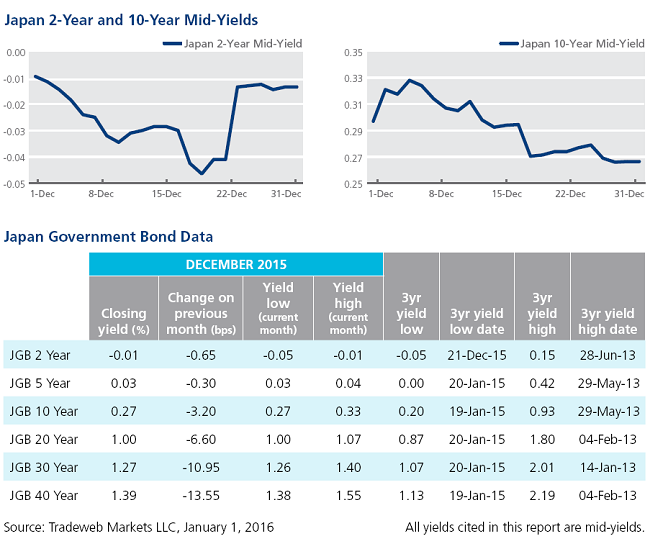