According to the Bank of Japan’s Tankan survey, business conditions for the country’s large manufacturers deteriorated in the first three months of 2016, with the headline index dropping to +6 from +12 in the previous quarter. In addition, data published by the Statistics Bureau of Japan showed that consumer prices had dropped by 0.1% year on year during March, the first decline since May 2013.

Against this backdrop, the Bank of Japan cut its inflation and economic growth forecasts. The central bank, however, decided to maintain interest rates and refrained from introducing further stimulus measures at its monetary policy meeting on April 28.

Japanese government debt rallied further in April, with mid-yields on benchmark notes dropping to new lows. The 10-year JGB mid-yield ended the month at -0.08%, having closed at -0.135% on April 20. At the long end of the curve, the mid-yield on the 40-year note fell 21 basis points over the month to close at 0.36%. 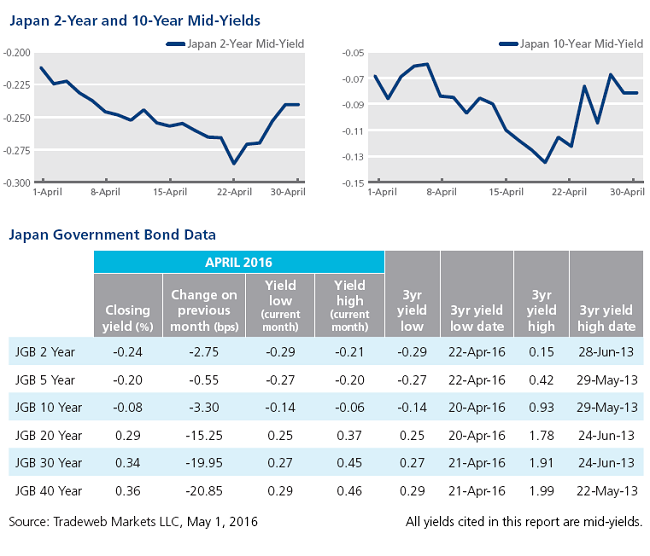