October was the third strongest month for the Tradeweb European-listed ETF platform since its launch three years ago.  Monthly total traded volume surpassed €10 billion for the fifth time this year, reaching €10.568 billion on October 30.

Other October highlights include the arrival of the 22nd market maker on the platform, as well as the addition of yield and duration metrics for certain fixed income ETF instruments. 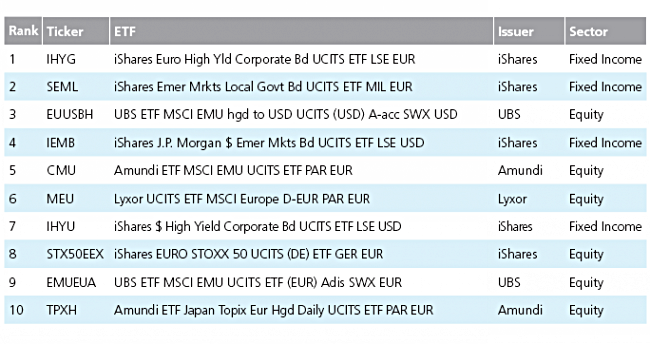