The first three months of 2016 proved to be record breaking for the Tradeweb European-listed ETF marketplace, with total traded volume reaching €32,875 billion, up €3,770 billion from the previous quarter. In March, the overall traded notional amounted to €10,740 billion.

On March 10, the European Central Bank announced a new set of stimulus measures, including expanded monthly asset purchases, which will now extend to euro-based non-bank corporate bonds. More than €1,240 billion in notional was traded in corporate bond ETFs during the month, while there was renewed interest in emerging market bond funds. The latter saw their traded volume surpass €600 million, of which 85% was attributed to “buys”. 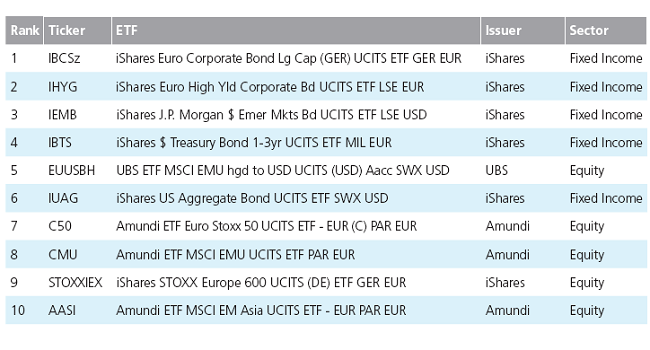