In the first quarter of the year, total traded volume on the Tradeweb European-listed ETF platform reached a record-breaking €28.9 billion, up €8.2 billion from Q4 2014. The quarter-on-quarter percentage increase was 40%. Meanwhile, March was the second strongest month ever for the platform, with traded volume amounting to €10.5 billion, just €223 million below January’s record.

February’s buying trend was reversed for equity-based ETFs in March. “Sells” in the asset class went up to 38% as a proportion of the overall traded volume, outstripping “buys” by three percentage points. “Buy” requests for fixed-income products, however, surpassed “sells” by one percentage point at 12%. 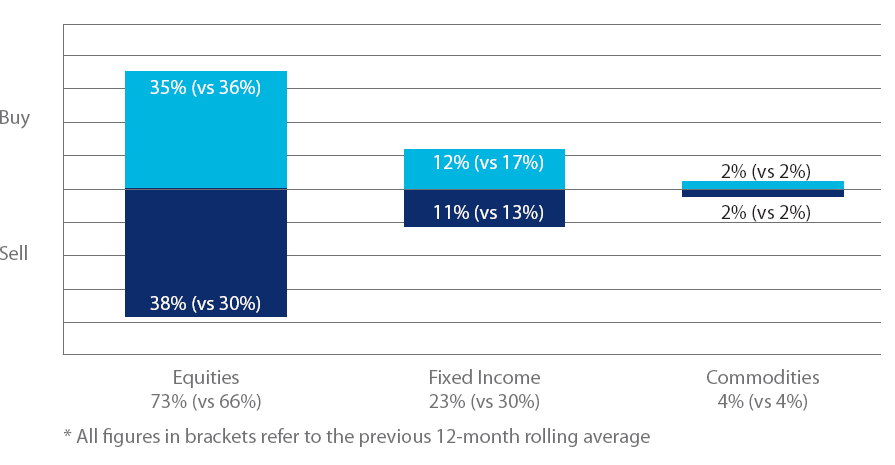