December’s activity on the Tradeweb European ETF marketplace reached €10.9 billion despite lower than average market volatility and the holiday season effect. Adriano Pace, managing director for equity derivatives at Tradeweb, said: “December marked the end of another record-breaking year for our platform, with more than €165 billion executed in European-listed ETFs throughout 2017, an increase of 23% from 2016. The number of clients trading ETFs on the platform was also up by 13%, while the number of dealers providing ETF liquidity climbed to 29.”

The PIMCO Euro Short Maturity Source UCITS ETF, which primarily invests in short-term investment grade debt, proved to be the most heavily-traded instrument on the Tradeweb European-listed ETF platform for the second consecutive month. The fund was also the top ETF by notional volume during the last quarter of 2017. 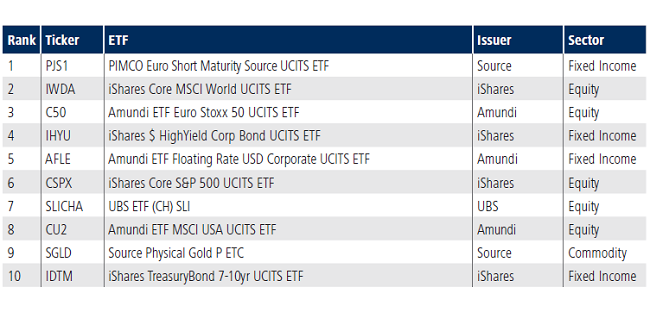