European credit default swap indices rallied during the first three weeks of July, with the iTraxx Europe index falling to 97.9 on 22 July – the first time mid-spreads have been below 100 since 28 May. Some reversals of this tightening were seen during this time after periods of political uncertainty in Portugal and ratings downgrades for Italy and France. After 22 July, iTraxx main spreads widened for a few days before closing the month at 99.9 basis points. 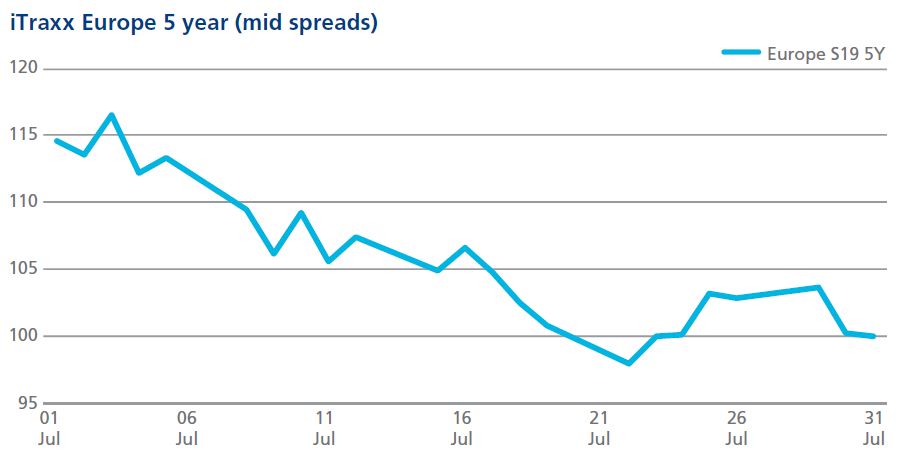 In contrast to June, there was net buying in most sectors during July. The main exceptions were utilities and senior banks/financials which continued to see strong net selling.