News of a new stimulus programme from the Bank of Japan, the ongoing equity rally, and reports from Italy that a coalition government has been formed, ending two months of political uncertainty there, all resulted in a relatively positive mood in the European credit markets.

The iTraxx Europe index generally rallied throughout April, particularly early on when there was a sharp narrowing of spreads. This was followed by a short period of widening and then a more protracted tightening during the latter part of the month. Similar trends were also evident in both the XOVER and FINSEN indices.

In European cash credit markets, there was strong net buying in financials this month, in contrast to March. The highest proportion of volume was again executed in utilities and financials, and institutional investors were net buyers in all sectors except autos. 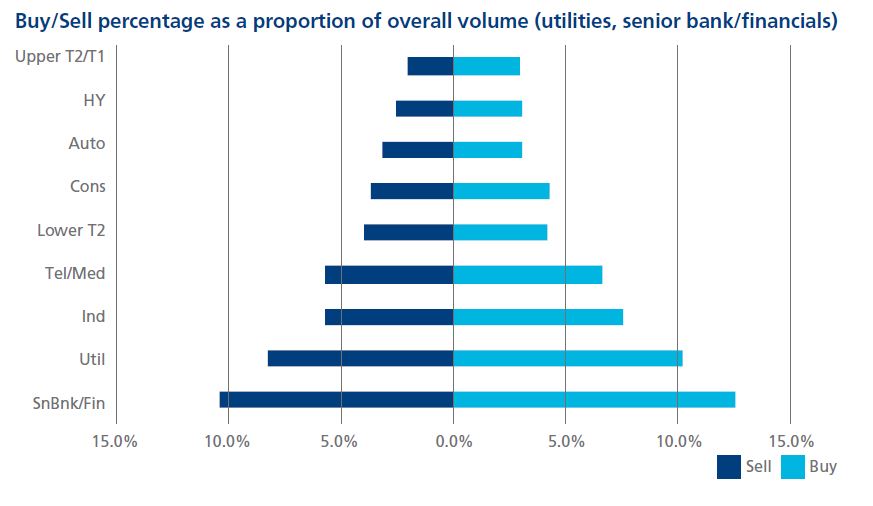