Bank of England Governor Mark Carney announced today that the UK recovery has finally taken hold during this morning’s inflation report press conference. The BoE has upgraded growth predictions for 2013 from 1.4 to 1.6 per cent, and for 2014 from 2.5 to 2.8 per cent. Unemployment has dropped to 7.6 per cent.

Some analysts predict that this could signal an increase in interest rates, which have been kept on hold at 0.5 per cent since March 2009, a lot sooner than previously expected, as there is now a two in five chance that the 7 per cent unemployment threshold could be reached in the fourth quarter of 2014. 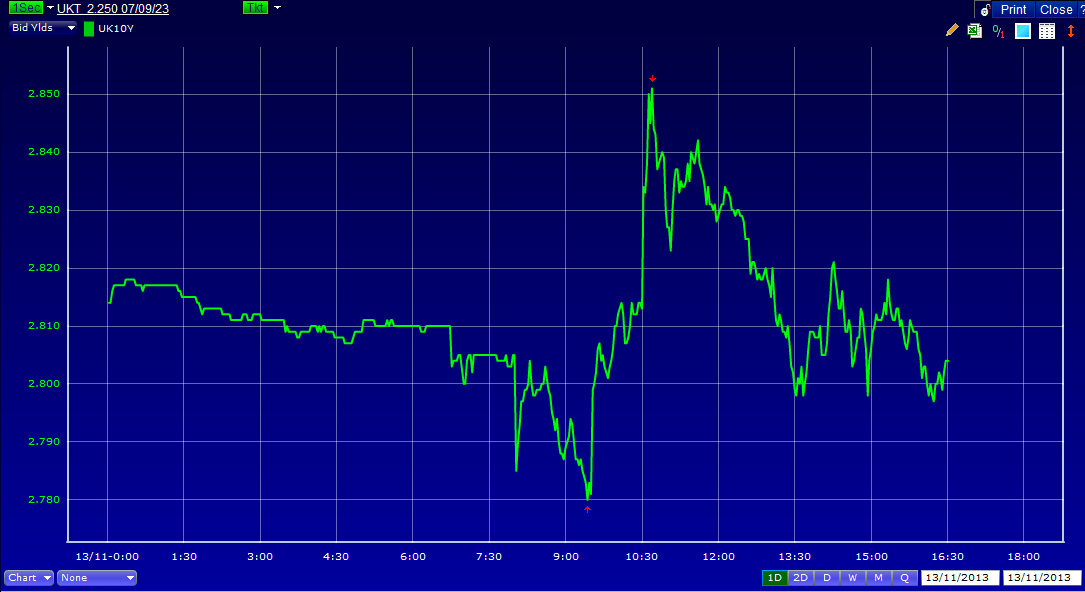